If you have a son at PDS, chances are you have heard of the video game Fortnite. The game was released in 2017 and has only grown in popularity since then—an estimated 78.3 million people played the game in the last month alone.

Fortnite is a collaborative game where players can compete alone or work as a team via headset, either with people they know first hand or strangers also playing the game. This game can be found on several gaming outlets: Xbox, PlayStation, Nintendo, even cellphones.

Fortnite is everywhere you look these days, and because of its accessibility, violence, and addictiveness,it can be a pretty controversial topic—especially when you are asking what its place is in your family. It also opens up the conversation over whether to allow video games in your home at all.

The differing opinions are endless, and we believe it’s a matter of judgment, where there truly is no right or wrong answer if you are carefully considering what’s best for your family. To help you weigh the pros and cons, we reached out to two PDS families and one teacher, all three with different views on gaming in general and Fortnite specifically:

The first family is a home with both girls and PDS boys.

At this point, they are choosing not to have Fortnite—and video games in general—in their home.

We gave the decision not to have Fortnite or any gaming system a great deal of thought. It was not really the “12 and up” rating that kept us away, even though none of our children are yet that age. For us, it was more that we wanted to focus on our kids spending a really high percentage of their time in the real world instead of in the virtual world. We want them to practice problem-solving and teamwork, for instance, with neighbors and siblings and sports teams, instead of in a virtual game where they shoot one another.

We of course have concerns with the guns and violence in this game and the casual nature with which the game discuss his battles and kills, but we know that this conversation is not really just about Fortnite. A few years ago, it was about Madden football; next year it will be a new concept altogether. We are just trying our best to make parenting decisions based on the larger heart issues, and at this time, for us, that means no Fortnite. PDS is already a very technology-heavy school, and much of our boys’ homework is laptop-based. When that is combined with so much more general exposure to electronics and devices, we are also choosing not to add a gaming system right now simply to avoid another screen in our kids’ lives.

Interestingly, our experience talking through this decision with the kids has been mostly positive. We try to listen to them, and they try to listen to us. They enjoy playing the game at friends’ houses and feel knowledgeable enough to enter into the classroom banter. We are not saying that we are correct in this parenting decision; we are simply doing the best for our family right now.

The second family is a family with 2 PDS boys.

They allow Fortnite and gaming in their house under heavy guidelines and parental involvement. Here is their story and advice for parents seeking advice…

The boys came to us wanting an Xbox and wanting to play video games—Fortnite in particular since it is so popular. We had said no, no, no for a long time because that was easier for us than saying yes. However, the boys were persistent and continued coming to us asking for it. We started wondering why they wanted to do this so badly. All their friends were doing it, but that wasn’t a good enough reason for us to do it too. 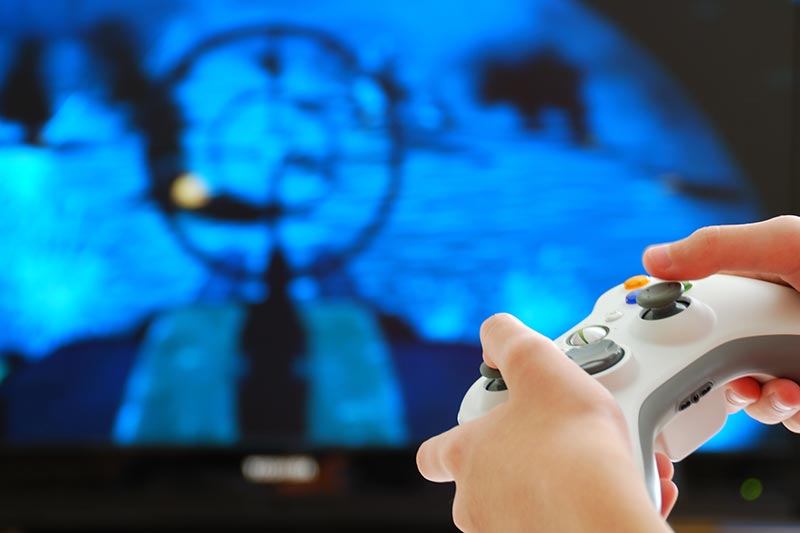 After reflection, we realised we were parenting out of fear. It was easier for us to say no than to have one more thing to monitor and worry about. We decided that was not a good enough reason to withhold. What really convinced us was when my oldest came to me and said, “You’ve never given us the opportunity to prove to you that we can have self control with a gaming system.” So after that conversation we decided to allow the Xbox, but with major ground rules.

We had to be proactive and think of the questions they would have and how we would answer them. For example, if we allow it only on weekends, when does that start? Friday or Saturday? Our philosophy is that you can always lighten the rules, but it is harder to go stricter.

One thing we were very proactive on was setting up the Xbox ourselves in order to understand the system in its entirety. All of these gaming systems have the option of parental controls. Our house rules are that the boys are allowed to play Friday, Saturday, and Sunday for 2 hours. Once those 2 hours are up, the Xbox shuts off automatically. If they want extra time, they can come ask us, and we can put in a passcode to extend the time, but they have to ask. Every week, we get an email that logs how many hours were spent on the Xbox, so we will know if they have figured out a way around the system.

We have really enjoyed the benefits that come with allowing gaming in moderation. The biggest that we have seen is the trust that is being built between children and parents. We gave them an opportunity to show their trustworthiness, and they have done so; this has been very valuable to our family. They are also building responsibility and teamwork with each other. They get 2 hours, and there are 2 boys. They have to divide that time up however they see fit, and we don’t micromanage that. At the beginning they weren’t thrilled about only being allowed 2 hours, but now they don’t think twice about it.

We are happy with our decision to allow the gaming in the house in moderation and feel like we are a great middle ground. It does require more work on the side of the parents, staying on top of everything and being proactive, but it is so worth it to us. One piece of advice I would give would be to remain in constant communication with your kids about it. Don’t have one conversation at the beginning and leave it at that. Stay on top of things, and you will reap the benefits.

How to install parental controls on your gaming system.

Our final perspective is written by Tony Rudenza.

Tony is the Bible teacher for 4th, 5th, and 6th grade, and he is very well known and respected at PDS. He provided the most sought-after item at the PDS March Mania auction in 2018: the opportunity for a PDS boy to play Fortnite with Mr. Rudenza.

Tony has shared excellent arguments both for and against the game. Since we’ve already heard some of the concerns about Fortnite from parents, we’ll focus on his positive view on Fortnite here:

The video game is neutral, as all of God’s creations are originally made, in that they can be used for good or evil, for forming virtue or vice. So we must not jump the shark. The video game does champion virtues in line with the Christian tradition and the Kingdom of God. It can be argued that the video game hones hand-eye coordination and problem-solving capabilities of the brain. Fortnite taps into the creative bend of our imaginations with its demand that you learn to instantaneously build forts and structures on the fly. And most importantly, with the game-option mode of squads, the video game instills teamwork and self-sacrificial care for others. One could argue that the video game can encourage us to pursue virtues of selflessness, kindness, and inclusivity in our social interactions. The video game also invites all gamers into a space where they can experience community and social interactions—basic and essential human longings.

Like any neutrally created thing in God’s creation, it can become an idol if we make it the ultimate in our lives. We must therefore exert self-control in how much we let gaming play a part in our lives. There is absolutely nothing wrong in enjoying God’s created things in leisure for His glory. So, enjoy Fornite, don’t fall prey to it vices, be alert to its materialistic pull, exercise self-control, do not let it become the ultimate, and engage the “powers” with the weapon of God’s kingdom: self-sacrificial love.

All three of these thoughtful, differing perspectives make it clear there is no right or wrong answer. There’s no cookie cutter guideline to follow. Each family has to weigh the unique aspects of their family and make a decision based around that. We hope that these perspectives have given you at least a jumping-off point as you think about Fortnite and your family.

Howard Graham served as Chaplain at PDS and Executive Director of the Building Boys, Making Men program from 2018-2020.

Building Boys, Making Men is a PDS-created program designed to give boys a godly vision and definition of manhood. We believe that boys should be intentionally taught about authentic manhood and have a biblical framework for making wise and edifying choices during their teenage years and beyond. The definition of manhood we teach our boys:

A real man glorifies God by seeking an adventurous life of purpose and passion as he protects and serves others.

Social Media, Smart Phones, and Gaming: What is Right For Your Family?

Why ThanksLiving Is Just Getting Started

10 Questions Every Father Must Ask Himself