Why Do Parents Choose Private Schools?

Friedman realized that as the world got “flatter” through faster communication and transportation, the potential for inequality would only grow. The study proves that parents choose their private schools for more than just the scores their children might gain.

There is Higher Parental Satisfaction With Private Schools

The fascinating thing about these statistics is that the answers were practically consistent whether or not the child had received a scholarship. The parents, no matter how much money they invested, were still “very satisfied” with the private schools. They found the investment worth making.

A 2015 Alliance for School Choice review of the benefits of school choice shows that 81 percent of parents who transferred their children to private schools, across three states, were fully satisfied with their choice of schools. The parents were more likely to become involved in, and help out, the school community.

With all the emphasis on standardized test scores today, one would think that they would rank higher in any parent’s choice of a school for his or her child. However, according to the Friedman study, only 34.6 percent of the parents even ranked “standardized test scores” under their reasons for choosing a private school.

Standardized test scores do not rank in the top-three of either the second- or the third-most important reasons for sending their children to private schools. Asking parents to choose their top 3 to 5 reasons for sending their children to a private school showed that it was the “school climate and classroom management” that made the most difference to parents in terms of school choice.

Why Standardized Testing is Not Even in the Criteria

According to a report by The New York Times, 1 out of 6 students opted out of standardized tests in 2015, almost tripling the number of students who opted out in 2014. The parents are the ones leading the charge, and they are strongly protesting the levels of stress these tests place on their children.

While it is true the Common Core standards and standardized tests are used to evaluate schools, teachers, and student performance, parents believe the stress and pressure could actually degrade both the teaching and learning experiences. There is little to show that higher stress makes for either better teaching or learning.

Why Choosing A Private School Benefits Society as a Whole

In 2012, Dr. Ann Laing, a Racine Public Schools superintendent, stated that lower-income and black parents simply chose private schools because now they had the means to do so, not because the schools were what was the best for their children. The implication was, in short, that the schools were not chosen because of their inherent value to the students.

However, the Friedman study challenges this assertion as well. According to the study, 19.1 percent of the lower-income families placed graduation and college acceptance rates as their top 2 reasons for choosing a school, compared to 12.1 percent of higher-income parents.

Also, 40.7 percent of the parents who did not graduate college also placed graduation and college acceptance rates as their top-two reasons for choosing a school. This is 9 points higher than the parents who were college graduates. 54.1 percent of non-white and non-Asian parents are likely to place those two reasons at the top of their reasons for choosing a school.

School choice was meant to equalize the opportunities of students all across the racial and socioeconomic spectrum. Lower-income and non-white parents are very likely to realize the opportunity their child has been granted and to actively invest in and support their children as they go through the schools.

Why Do Parents Choose Private Schools?

When it comes to education, the most important factor in parental choice is the well-being of their child. Parents look for a system and environment of learning that would best support their child’s learning style and strength. School choice is becoming more of an issue, as parents search for the best destinations for their children.

This may be placing some pressure on schools to display their academic overperformance or their national rankings. However, as this study shows, academics only go so far with parents, and they do not even make their top reasons to choose a school. Private schools like PDS show a correct assessment of parent priorities: that of a school that will enhance their child or children’s learning abilities, while giving him the best experiences. 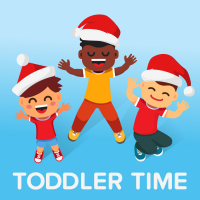 What It Means to be a Pacesetter